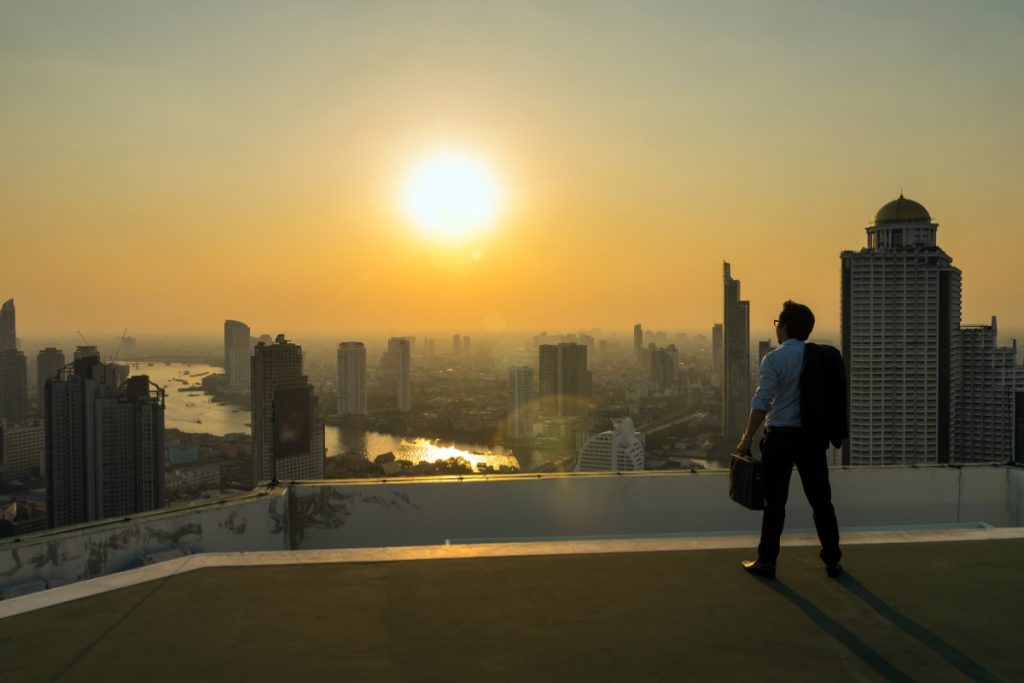 A record number of companies raised over $450 billion by going public in 2021. The highest annual deal volume ever was reached, according to Ernst & Young. In the US, trading volume also broke records, with nearly 1,100 companies going public and raising nearly $260 billion. Cryptocurrency exchange Coinbase, online brokerage Robinhood and Tesla rival Rivian were among the companies that captivated investors and fueled a record wave of IPOs and direct listings.

IPOs are becoming more and more popular in recent years, and it’s likely that 2022 will see even more deals than in previous years. However, it’s not certain that the value of operations will increase. “It’s harder to predict,” says Cameron Stanfill, citing the uncertainty surrounding “outlier-style” mega-deals, like those done by Coinbase and Gen Z gaming platform Roblox, which opted for a direct listing in March after delaying a 2020 IPO for fear of exuberant post-IPO price spikes. If it does eventually go public, payments giant Stripe — the nation’s most valuable startup, worth nearly $100 billion — could help set a new IPO record.

As for performance? “IPOs can be as enticing as a lottery ticket,” says Lindsey Bell, chief market strategist at Ally Invest, “but it’s hard to tell which ones will be financial booms or busts.” Despite the “excitement and hype” around many public listings, Lindsey Bell warns that new stocks often carry higher risk than those with longer lives. For example, Coinbase, which spiked 75% on its first day of trading in April, shortly after retail’s unprecedented surge in the first quarter, has since crashed more than 45% and hit new lows as retail fervor – and bubbling cryptocurrency prices – cooled.

Is the IPO investing strategy still worth it?

Despite the explosion of companies going public, many have failed to maintain their value after listing. Half of the companies that listed on US exchanges between 2015 and 2019 were trading below their IPO price a year later, notes Lindsey Bell of ‘Ally Invest.

IPOs are a major investment opportunity, and in 2022 there will be a number of IPOs to watch. The Renaissance IPO ETF has seen significant growth in 2020, but there have been concerns about the post-IPO performance of companies. However, it’s important to remember that this is not a new trend, and half of US companies that went public between 2015 and 2019 were trading below their IPO price on the stock market a year later. So if you’re looking to invest in IPOs, it’s important to do your research and understand the potential risks involved.

However, stock market volatility jumped to an 11-month high in December after the Federal Reserve announced plans to raise interest rates three times this year and phase out its bond purchases altogether. of the pandemic era by March in response to decades-high inflation, sending the S&P down nearly

Rising interest rates, which tend to hurt earnings and stock prices of public companies, are ‘a major concern’, according to Cameron Stanfill, who expects greater volatility which could ultimately delay some projects IPO, or even discourage others in the short term. IPOs will continue to be a viable option for companies seeking to raise capital, but the market conditions in 2020 are likely to be more challenging than in recent years. Companies considering an IPO should closely monitor market conditions and assess their own prospects and those of their competitors before making a final decision.

There are still a large number of specialist acquisition firms actively seeking deals. About 575 SPACs currently have about $155 billion in their war chests. This number is just a little less than last year. The Securities and Exchange Commission (SEC) will stricter on SPAC backers.

The IPO market is poised for another year of strong activity. Whether it will result in a boom or bust is unclear. Here are the companies to watch ahead of their 2022 IPOs.

On December 15, Reddit confidentially filed documents needed to go public this year, but did not disclose any financial details and said it had not yet determined how much it wanted to raise. Since a major fundraising round in August, the 16-year-old social media giant behind last year’s meme stock frenzy is reportedly targeting a $15 billion valuation. While that number is high compared to transaction multiples from rivals like Facebook and Twitter, eager Redditors are already poised to make the platform itself the next meme action.

San Francisco digital bank Chime is in talks to go public at a valuation of up to $45 billion as early as March, a person familiar with the matter told Forbes in October. The company has yet to formalize its plans, but the timing makes sense: CEO Chris Britt said in September 2020 that Chime would be “publicly ready” within a year. “I probably get calls from two SPACs a week asking if we are interested in entering the markets quickly,” he said at the time.

Although the online chat service hasn’t made an official announcement yet, investors have been eyeing Discord’s IPO since the company ended talks with Microsoft in April to buy it out. for at least $10 billion. “We’ve had a lot of offers,” CEO and co-founder Jason Citron, who sold a gaming startup for $104 million in 2011, told CNBC the following month. Jason Citron said it was of a “tremendous opportunity” for the company and its approximately 150 million active users, but did not announce any specific exit plans.

Founder and CEO Pat Brown said in November that an IPO was “inevitable” for the vegan food company, but he didn’t give a specific timeline. Reports say Impossible, which has raised around $1.5 billion since its founding in 2011, is targeting a $10 billion valuation, signaling real competition for plant-based burger maker Beyond, which went public on the Nasdaq in 2019 and is worth around $5 billion.

The grocery delivery service originally hoped to dive into the public markets last year at a rumored $50 billion valuation, but new Fiji CEO Simo has delayed plans until this year to help expand services beyond just food delivery. The market hasn’t been kind to rival DoorDash, whose shares have plunged around 15% since their first day of trading in December 2020. eMarketer points out that Instacart has more than one trick up its sleeve: a growing advertising platform that retailers can leverage to promote their products in search results.

For more than a year, the payments processor founded by billionaire brothers Patrick and John Collison has been dangling an IPO to rekindle growth with new liquidity in the public market. And although John Collison told CNBC in August that Stripe was “fine as a private company,” the PayPal competitor reportedly spoke with investment banks in September about entering the market this year that could push the fintech company past a $100 billion valuation. If the founders decide to take the plunge, Stripe would easily become one of the biggest IPOs to hit the market.

Assets under management: $109 billion in December.

Late last month, the private equity firm founded by billionaires James Coulter and David Bonderman announced plans to go public on the Nasdaq. Although keeping many details under wraps, the company announced an offer of $100 million, but hinted that this amount could increase depending on investor interest. The company, which is reportedly targeting a public valuation of $10 billion, has significant stakes in recruiting agency CAA, Vice Media and Spotify. Its debut would breathe new life into public private equity listings after a massive boom in buyouts.

Former President Donald Trump dazzled investors after announcing plans in October to take his social media company public through a SPAC. Shares of that vehicle, Digital World Acquisition Corp, soared more than 1,700% when retail investors flocked to the stock late last year – helping it briefly eclipse a market capitalization of $10 billion, against a projected valuation of $875 million – before dropping 70% once the fervor died down. The company, which was founded in February and has yet to release a working product, has since revealed plans to cash in on the retail frenzy by raising around $1 billion from investors. However, regulators are already rushing in, with the SEC launching an investigation into stock trading and high-level communications last month. No one has been charged with wrongdoing, but it’s unclear how it will affect Donald Trump’s latest lucrative venture.