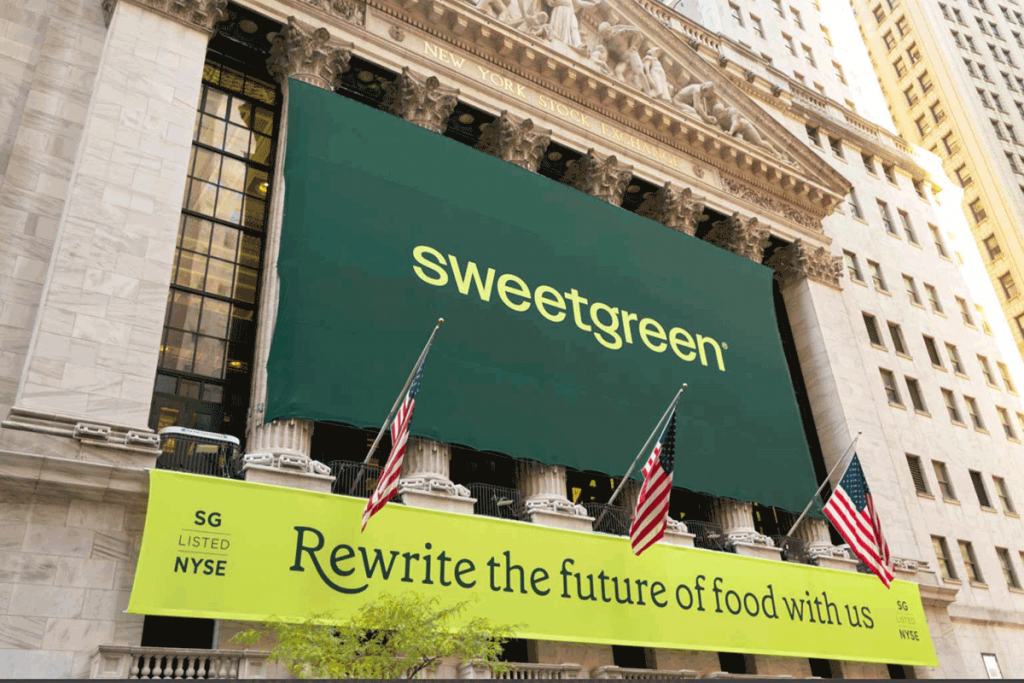 Shares of salad chain Sweetgreen jumped 19% on Thursday afternoon. Posting a strong rally for its strong results for the first quarter since its IPO. Sweet Deal Sweetgreen IPO is Profitable.

The stock opened at $52, giving the company a market value of over $5.5 billion. The company priced its initial public offering on Wednesday night at $28 per share, while the company’s proposed range was $23 to $25 per share. Sweetgreen sold 13 million shares, raising $364 million.

The stock trades on the New York Stock Exchange under the symbol “SG”.

Founded in 2006, Sweetgreen has found a loyal following through its line of customizable salads and hot bowls that appeal to customers looking for healthy and convenient options. The chain has also bet on technology, pushing its customers to order salads online to reduce queues at restaurants. More than two-thirds of its revenue comes from digital sales.

In the fiscal year that ended Dec. 27, Sweetgreen posted a net loss of $141.2 million on revenue of $220.6 million, according to its prospectus. The chain’s same-store sales fell 26% during the period, after rising 15% in the prior year.

The channel has rebounded from hitting a pandemic low this year. Same-store sales were up 21% as of September 26. Its loss narrowed to $86.9 million from a loss of $100.2 million the year before.

Sweetgreen operates 140 restaurants in 13 states and Washington, D.C., and plans to double its number of restaurants over the next five years.

Other restaurant chains have made their public market debut this year, with mixed results. Shares of First Watch Restaurant Group have fallen 9% since its October IPO, while shares of cafe chain Dutch Bros have risen 55% since its own IPO.

This is another example of Sweet Deal Sweetgreen IPO is Profitable. If you had invested in early at the IPO stage, your return on investment would be quite good.

If you like this blog, maybe you like my other investment blog. I invested presents a dividend growth investment strategy which is way different that this strategy. Give it a try and read a few articles there.